Iranian cultural heritage is also very rich and has made it rank among the top 5 most prominent historic countries.  So, by visiting Iran, culture and history enthusiasts can also visit one of the most ancient countries in the world and enrich their quality travel time.

Kish island with its pristine beauty and nature started an international exhibition of tourism to promote tourist and hotel industry. This year from 27-30 Aug 2018, it holds its 10th round at Kish International Exhibition Center, Kish Island.

For more information you can visit the organizer Rastak Pad Vision Company.

A rather new exhibition center in Tehran “Shahr-e Aftab” will be the venue for two first round agriculture related exhibitions. The three day simultaneous events named Seedsup and Fruitxp Exhibition will start on Tue 26 June 2018. 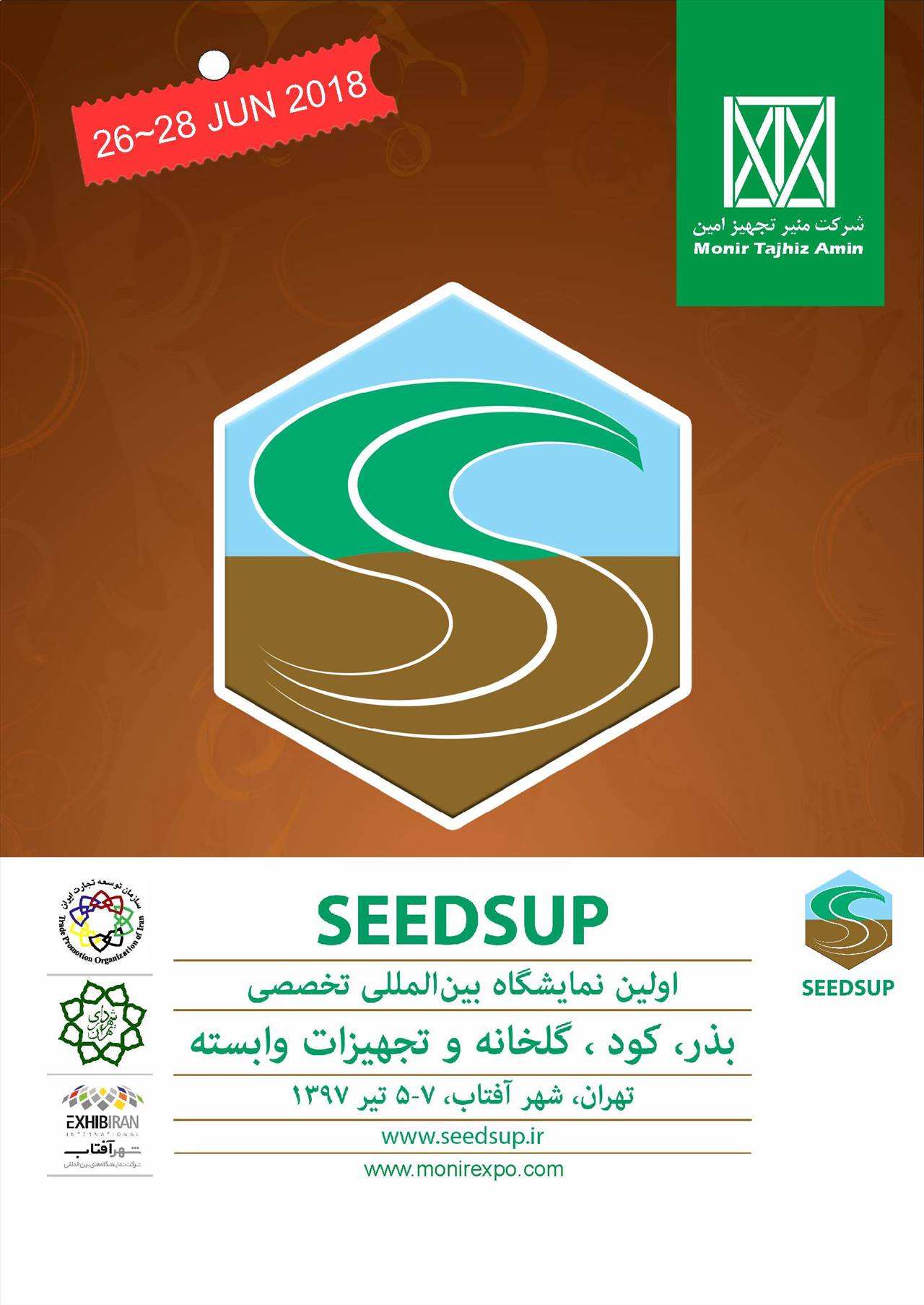 The other one named “Fruitxp” is the First Iran International Specialized Exhibition of Fruit, Vegetable and Related Industries. 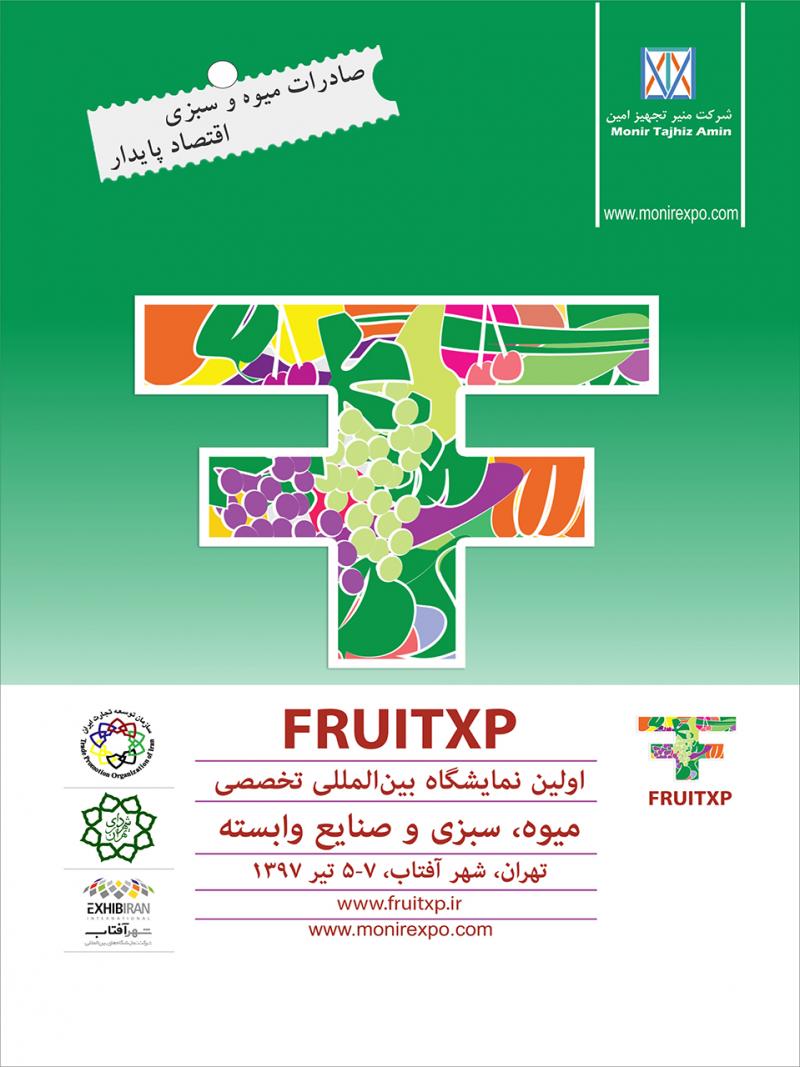 The simultaneous events will be held in Shahr-e Aftab exhibition center.

To have more information regarding the events you can visit SEEDSUP and FRUITXP pages.

With its growing market, Iran is certainly the right place for producers and traders to present their products and services or promote their business. the 16th Tehran Kitchen, Bath, Sauna & Pool Industries & Equipment Int’l Exhibition can be a good start for a promising business. It is the only official exhibition in Iran for kitchen, bath, sauna and pool industries, equipment and accessories.

The said exhibition first started with a full study of Iranian market’s demand and consumers’ taste. It is also highly appreciated by the producers, traders, visitors and experts.

This year, the 16th K&B–S&P will be held in an area of more than 15500 sqm. Companies active in construction, renovation, interior design and kitchen, pool, sauna and bath accessories and equipment are displaying their products in the fair.

For more information regarding the fair you can visit Titex Group website.

Iran is hosting its 3rd edition of the International Horticulture Trade Fair IGTF, on Apr 19, 2018. The event is held in the Tehran Exhibition Center. Since its start in 2016, it’s the biggest edition of the show ever held in Iran. Horticulture has been considered to be one of the main sectors in Iran. For this reason  the further development of this industry is of great importance.

Over 60 companies from Iran, as well as many international companies from countries such as Turkey, Netherlands, Italy, France, Spain, Germany, India, China and Azerbaijan are attending in the fair. It is also expected to attract many growers, traders and investors from Iran and its surrounding countries.

With its high population of about 80 million people, Iran is a huge market for investors, and offers great business opportunities for international horticulture exporting companies around the world.

For more news about the show please check hppexhibitions.com.

Decoration and Design section of Tarla Studio is assisting Richel Group in this upcoming event. Design and construction of the company’s exhibition stand is managed by Tarla Studio.

Iran agrofood event is the largest and most famous international Food exhibition in the Middle East ever since its first inception in 1994.

The main four events are titled “Iran food and hospitality 2018”, “Iran food and bev tec 2018” , “Iran agro 2018” and  “Iran food ingredients 2018” and are to be held at the same time, in dedicated exhibition halls and outdoor grounds at the Tehran International Permanent Fairground.

The country’s largest trade event for food, food technology and agriculture, has been scheduled for its 25th edition to be from 29 June- 2 July 2018 at the Tehran International Fairgrounds. The exhibition is held in cooperation with “Trade Promotion Organization of Iran”(T.P.O) and “Iran International Exhibitions Co.” (I.I.E.C).

For more information about the event you can visit Iran agrofood website.

Iran will be hosting the 23rd INTL’ Oil, Gas, Refining & Petrochemical Exhibition also known as Iran Oil Show from 6 to 9 May 2018. 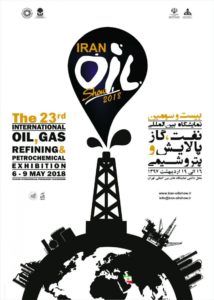 Iran as the second largest OPEC producer, owns 11 percent of oil and 18 percent of gas reserves in the world. Every year, it hosts Intl’ Iran Oil Show, which is among the most significant oil and gas events in the world in terms of the number of participants and its diversity. The presence of famous foreign companies as well as domestic producers and industrialists provide a good chance for mutual cooperation in view of signature of contracts.

Over 100,000 trade visitors from some 40 countries/regions are expected to attend the show.
Some 2000 participating companies from 35 nations are expected to be there.
7 Country Group Pavilions from Germany, France, China, Republic of Korea, Italy, Russia and Turkey are expected.
Iran Oil Show is a show for the regional market and major players like Shell, BP. TOTAL, and ENI will be present. Top prominent officials from Ministry of Petroleum, NIOC, NIGC, NIPC and NIORDC will also be at the exhibition to meet and mingle.

The event is organized by NIOC, Iran’s market leader in Oil & Gas Industry.

For more information you can contact the secretariat at Iran Oil Show.

Or simply check the website for more info and related news.

Please confirm deletion. There is no undo!